UN  General Assembly resolution 57/129 of 11 December 2002 designated 29 May as the International Day of United Nations Peacekeepers, to pay tribute to all the men and women who have served and continue to serve in United Nations peacekeeping operations for their high level of professionalism, dedication and courage, and to honour the memory of those who have lost their lives in the cause of peace.

Since declaration of this day, Bangladesh has been commemorating this day with due enthusiasm and solemnity. Like previous years, this year also Bangladesh Armed Forces Division is also commemorating this day on 29 May 2014 in coordination with Bangladesh Army, Navy, Air Force, Police, Ministry of Foreign Affairs and UNDP. This daylong commemoration will include Peacekeepers Run, publication of special supplementary in the national dailies, honouring the families of deceased and injured peacekeepers at Bangabandhu International Conference Centre (BICC), display at foyer of BICC (open for all) etc. Special programe will also be telecasted in the TV and radio channels  highlighting the significance of the day. 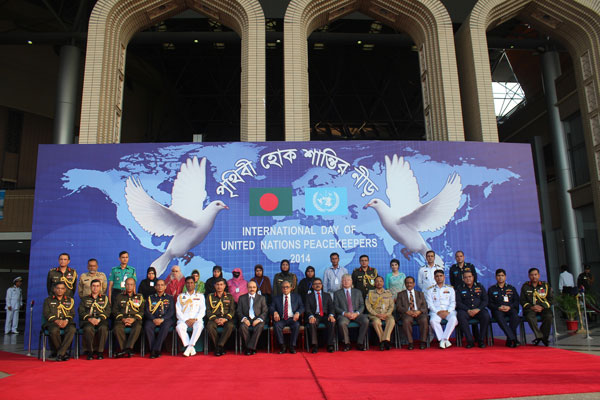 Photo: Commemoration of International Day of UN Peacekeepers at BICC, 2014 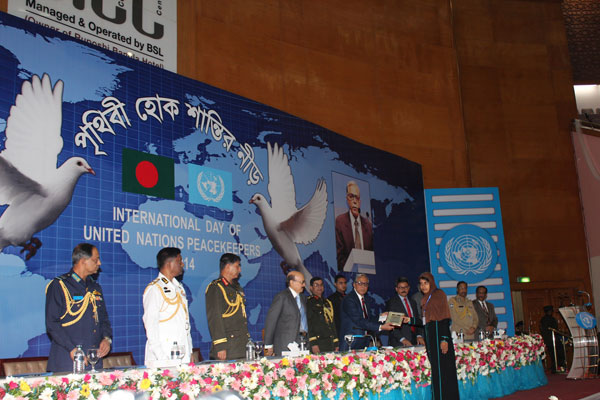 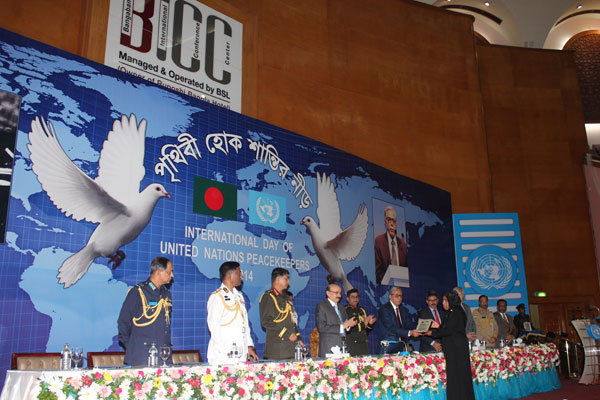 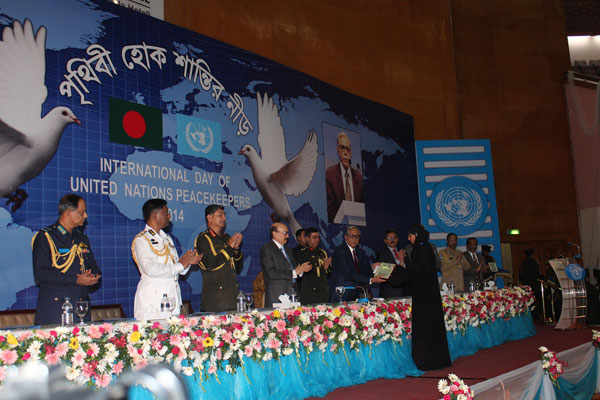 Photo: Honouring Next of Kin of a Deceased Peacekeeper at  BICC, 2014 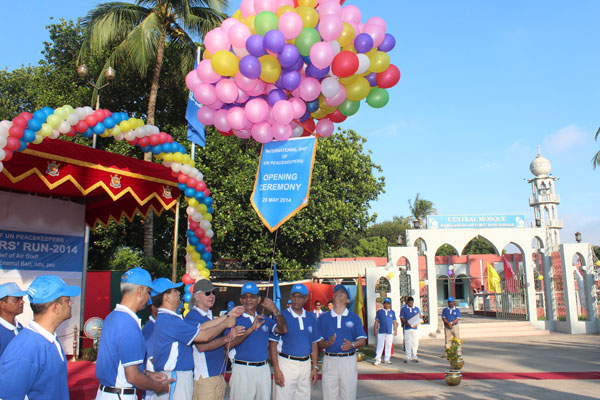 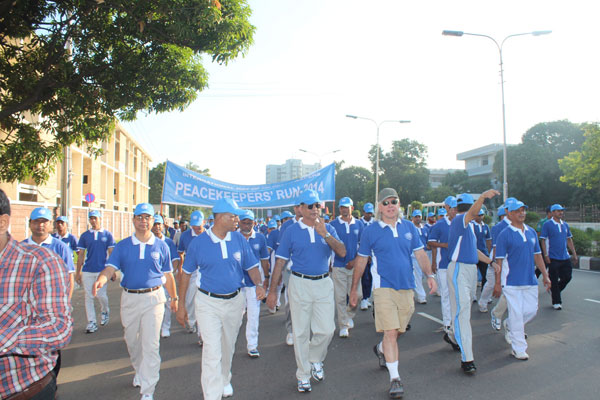