Concerned with the security, humanitarian, human rights and political crisis in the Central African Republic and its regional implications. The Security Council authorized on 10 April 2014 deployment of a multidimensional United Nations peacekeeping operation – MINUSCA – with the protection of civilians as its utmost priority. Its other initial tasks included support for the transition process; facilitating humanitarian assistance; promotion and protection of human rights; support for justice and the rule of law; and disarmament, demobilization, reintegration and repatriation processes. MINUSCA subsumed the UN Integrated Peacebuilding Office in the Central African Republic (BINUCA) on the date of the establishment. On 15 September 2014, the African-led International Support Mission in the Central African Republic (MISCA) transferred its authority over to MINUSCA, in accordance with resolution 2149 (2014). Currently 04 contingents from Bangladesh Army (BANBAT, BANMED, BANSFC and BANLQRF) and one contingent from Bangladesh Air Force (BANAMUHU) are deployed in MINUSCA. 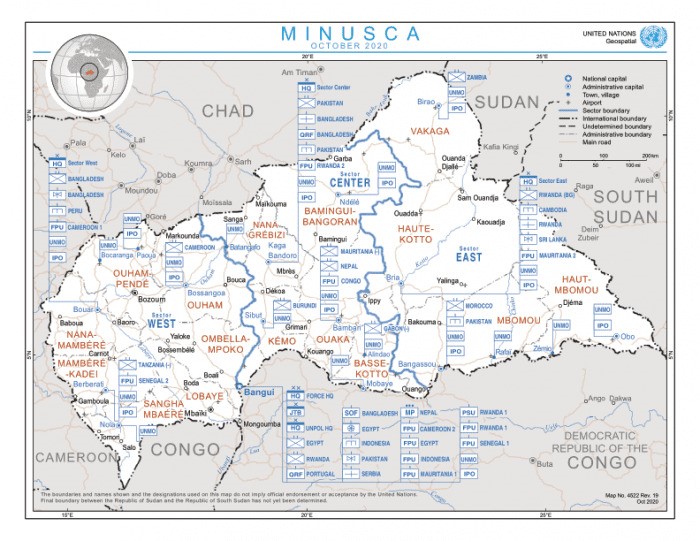